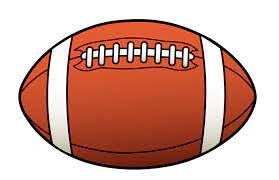 Thomas “Tom” Ross Douglas age 55, was born on April 8, 1965 in Columbus, Ohio to the late Mary Douglas and late Clyde Dalton. Tom was the youngest of 7 children. Tom went home to be with the Lord on Friday August 21, 2020 @ The James OSU Medical Center.

Tom was a Star football player at Walnut Ridge, graduated from North Adult with his high school diploma and later graduated from The Bradford University with an Associate degree in Business.

Tom was a very hard and dedicated worker. Tom worked @ Optioncare for 27 years and for the last 2 years of his life he worked for Jasper Engines and Transmissions.

Tom had a bubbly personality wise beyond his years and was loved by everyone. Tom could meet a stranger and make them feel as if they have known each other forever. Tom loved sports whether he was playing golf “tiger hood”, watching The Ohio State” Buckeyes”, Cowboys or the Lakers; Sports was in his DNA. Tom enjoyed raising his four children who were the joy of his life. Tom was a family man and completed his family again when he met his loving wife, Tammy. They were joined in marriage on April 23, 2012. Tom loved his cars, kept them clean and made notice if your car was not clean. Tom was the life of the party and welcomed all to the “annual Florida trip”. Tom was the “grill master” and his infamous saying was “Whatever you do be the Best at it”

To send flowers to the family or plant a tree in memory of THOMAS ROSS DOUGLAS, SR, please visit our floral store.