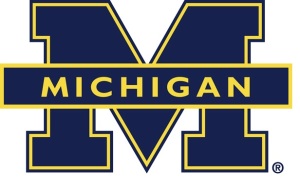 Mario Dewayne Lyles was born 09/12/1975 to Joan M. Lyles-Mosely and the late Waldrick W. Lyles, Sr.. He went home to with the Lord on January 20, 2020.
Mario received his formal education from Columbus Public Schools where he graduated from West High School 1993. In 2009, He graduated from Miami Jacobs Career College with a degree in Paralegal Law.
As a child until adulthood, Mario worked hands on and assisted his father operate the family owned business known as Lyles' Landscaping & Maintenance Co.. A company that in 2010 was acknowledged in the Columbus Dispatch to be a reputable and successful landscaping business for the State of Ohio.
Mario affectionately known as Rollo was compassionate, loving, caring, respectful, and a true friend. He had a heart of gold and would give anyone the shirt off of his back. He truly missed his calling as a comedian for he always had a way of making you laugh by telling you a joke or by having a quick come back. In spite of their losing streak against the Buckeyes, Mario was a diehard Michigan football fan (lol).
On his journey, Mario always kept a positive outlook, he never complained about anything and he gave it a good fight!!
Mario would want everyone to rejoice in knowing that he had accepted Jesus Christ as his personal savior. On that same day he had text his sister Lacrecia saying that he had a personal experience with God in his hospital room.
On January 20, 2020 at 2pm with his sister Lacrecia and his cousin Odell Phillips by his side, Mario answered God's call to come to a place where there is no more sickness, suffering, pain, and tears.
Mario was preceded in death by his father Waldrick W. Lyles, Sr.. He is survived by his mother Joan M. Lyles-Mosely (James), brothers Anthony, Waldrick Jr., and Walter (Mikey), sisters Lacrecia and Tiffanie Lyles, favorite aunt Jessie Cage , Loyal friends Andi Calif, Terry White, and Meika Draughon. A host of aunts, uncles, nieces, nephews, cousins, and friends who he loved dearly.

To send flowers to the family or plant a tree in memory of MARIO DEWAYNE "Rollo" LYLES, please visit our floral store.