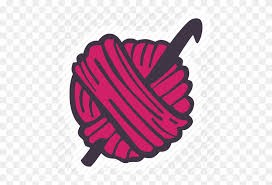 On Monday, July 29, 2019 in Natchez, Mississippi at Merit Health Hospital she went to be with the Lord.

She born and raised on the Westside of Charleston WV before moving to Columbus, OH.  She attended Kanawha County Schools and graduated from Garnet High School in 1949.  She participated as a percussionist in the Marching Band and School Choir.  She participated in the Black & White Ball. She was the last surviving female of her class.  She attended West Virginia State College.  Afterwards she earned her certification as a Surgical Technician.

She worked as a Surgical Technician and a Private Scrub Nurse for Thomas Memorial Hospital in Dunbar, WV and Children’s Hospital in Columbus, OH.  She went on to work for and retired from the Columbus Public Schools as a Latch Key Instructional Aide.

She was a member of St. Paul AME in Charleston, WV.  She later joined Bethel AME before joining Greater Liberty Temple COGIC in Columbus, OH.  While in Mississippi she attended Shiloh First Baptist, Fayette Mississippi.  She was elevated to Church Mother by Pastor Charles Parradie.

She was very supportive of her family, especially her children.  She worked several jobs to provide for her children and moved them to Columbus Ohio for what she called a “better life”.

She was known as Ms. Kitty. Her home was always open and welcome to anyone who needed a meal or a place to stay.  If by chance you stayed and she felt it was time for you to go.  She would double your rent each week, until you got the message.

She ran her own beauty shop out of her kitchen in WV on Saturday mornings.  She was known to “fry a scalp”.  She loved to travel until her health failed her.  She loved to crochet, fry chicken, watch Cowboy Movies, and listen to Gospel Music.  She loved BET, but said Bobby “could not sing.”

To send flowers to the family or plant a tree in memory of TRUSCILLA "KITTY" R BERGER, please visit our floral store.