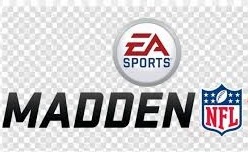 Kendaris Len Cox was born on September 25, 1985, in Columbus, Ohio. He attended Columbus City Schools and Dayton Job Corp where he obtained several trade certifications. He was a dedicated employee with St. Moritz Security.

Kendaris was big in stature but he had an even bigger heart! If you knew him you had to love him. No matter what the occasion, he had to be the center of attention and the comedian in the room! You were guaranteed to laugh every time you were in his presence. Kendaris was a hardworking faithful provider who loved and adored his wife and kids. He had a passion for cars and car audio. He made sure you heard his music every time he pulled up. He also loved playing his PS4 online and would challenge anyone to a game of Madden. Kendaris was an Air Force One fanatic and he took pride in dressing nice and staying well-groomed. He loved a good homecooked meal. Especially, fried chicken and his mother baked mac and cheese. He loved it so much that he would demand that a pan be made just for him. We can't forget about his grandmother's homemade trash can juice. He would drink it by the gallon. He was known for his favorite quote 'U NO IT'! Kendaris was an amazing man, husband, father, son, brother, grandson, nephew, uncle, cousin, and friend! And he will be deeply missed.

To send flowers to the family or plant a tree in memory of KENDARIS LEN COX, please visit our floral store.